Welcome to Southern Illinois Wonders.  Today we learn more about the underground railroad and its influence on life in southern Illinois during the early 1840's and beyond.

Historian Carol Pirtle is the author of Escape Betwixt Two Sons: A True Tale of the Underground Railroad in Illinois.   She tells the unlikely story of a Randolph County farmer in this edition of Southern Illinois Wonders.

Carol Pirtle is the author of Escape Betwixt Two Sons: A True Tale of the Underground Railroad in Illinois. Published by Southern Illinois University Press, it received an Illinois Historical Society Superior Achievement Award in 2001.  She is a former director of the Sparta Public Library.

Southern Illinois Wonders is a co-production of WSIU Radio and the Illinois Humanities Council, a non profit organization that fosters cultural vitality in communities throughout the state.  Learn more about the IHC and its programs on line at www.prairie.org. 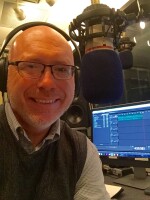