As the death toll climbs for opioid-related overdoses in Illinois, state leaders are looking for solutions. Advocates have highlighted a Whiteside County Clinic as a state leader in its outpatient drug rehabilitation program. WNIJ's Jessie Schlacks went to Rock Falls to tour the facility:

Whitney Miller is case manager of the Medication Assisted Treatment program - or MAT - at the Whiteside County Clinic.

"We use this tool. It's called the 'Clinical Opiate Withdrawal Scale,' or the COWS, as we call them. So we take this -- when they first come in, their withdrawal score -- [every] 30 minutes, an hour, two hours. And we can keep going, but it just kind of tells us where it's at," Miller said.

She is also a licensed clinical social worker. MAT programs combine behavioral therapy and medications to treat substance use disorders. Miller says patients with opioid addiction spend much of their first day in the program with her.

“So they know that first day, that they’re not just going to come in, get their meds, and get out of there," she said. "They’re here for a little while.” 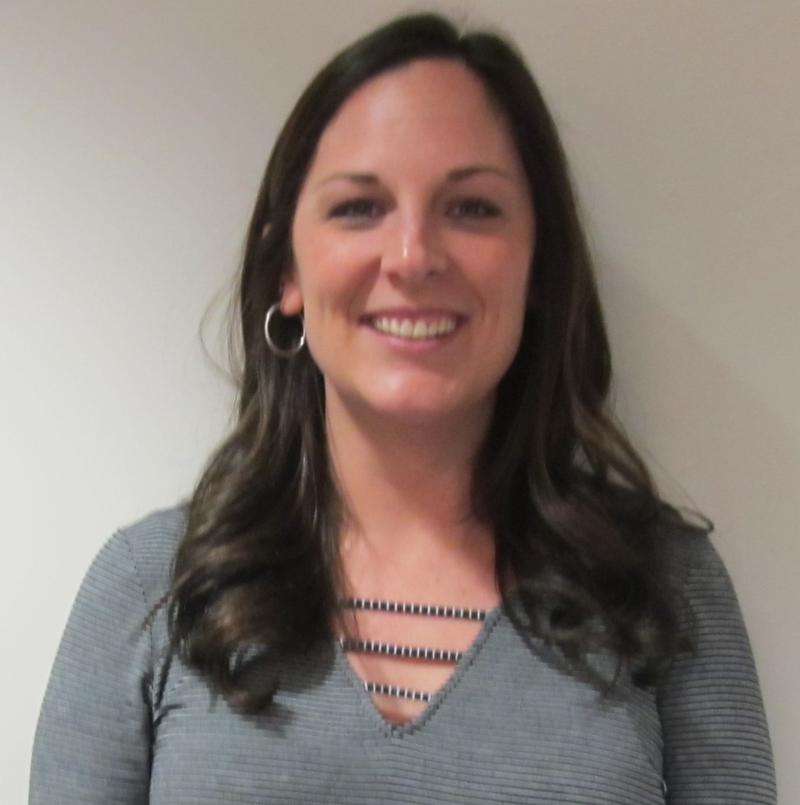 Miller says the MAT program received its first patient in 2015, after a nearby doctor who over-prescribed painkillers closed his doors.

“We had all these patients that were addicted to these opiate medications pounding at our doors and our prescribers were like, ‘There’s no way we could prescribe this amount of medication. It could kill somebody,’” Miller said.

She says their program is based on a variety of services -- including regular counseling, group sessions, and weekly urine drops. Critics of Medication-Assisted Treatment say it replaces one drug for another. Miller disagrees.

“We wanted to look at the patient holistically and not just hand out meds," she said. "We wanted to put a whole program together that would help them keep long-term recovery.”

Miller says patients must be diagnosed with a mental illness to qualify for the MAT program. She says she handles about 40 cases at a time. Miller says painkillers are only a fraction of the addictions she sees.

“It’s harder to get those medications, and so people are having a harder time finding them on the street," she said. "And unfortunately, that’s when they move to heroin.”

Miller says patients usually start off with a monitored weekly dose of Suboxone, which is a partial opiate. Those who have a clean system for more than 48 hours can receive a monthly injection of Vivitrol, which blocks opioid receptors in the brain.

"We can manage it safely," she said. "They're not getting that euphoria that they would get if they were using heroin or other pain medications. But they're able to lift some of that fog that they talk about when they're in that active addiction." 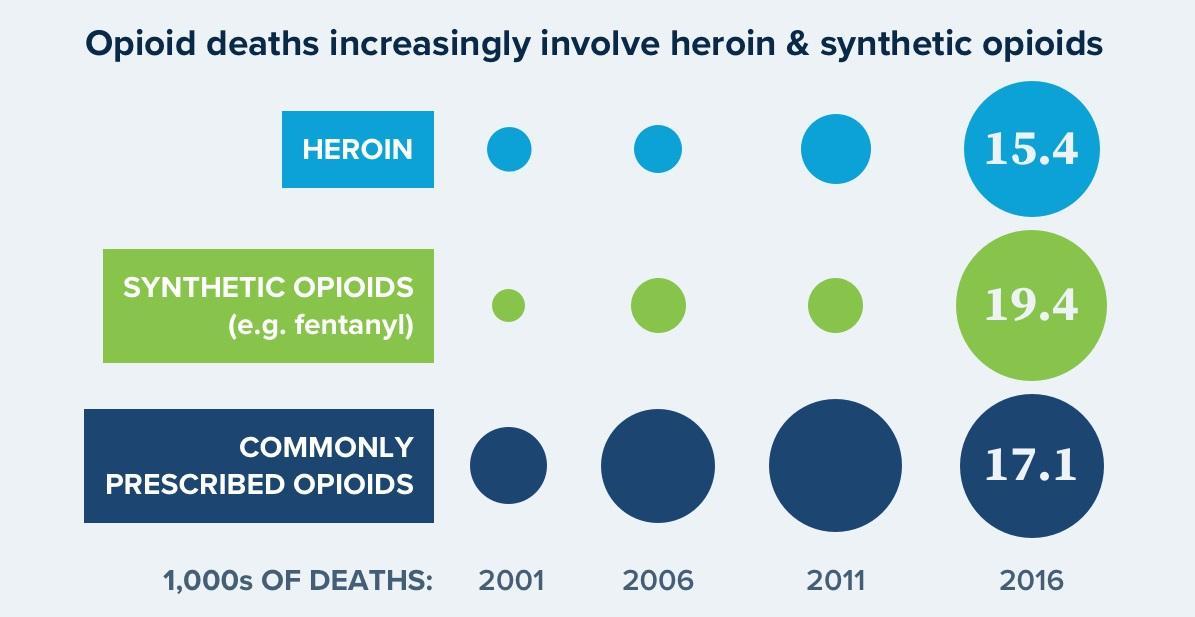 Miller says once the addiction is under control – patients start tapering off; she says it's a fluid process.

“Because they’ve been in an active addiction for years, it might work for a little bit," she says, "and then we have to change it the soberer they get and the more recovery they start to work.”

Miller says patients may be in the MAT program from a few months to several years. They might leave it and come back again. She says she's still surprised by the progress she sees.

“I tell my patients all the time, ‘If I could have taken a picture of you on day one, and take a picture of you today, and show it to you so you could see what I saw.’ It’s amazing – the transformations that they’re making,” Miller said.

But she says opioid addiction is an epidemic that doesn't always end with a successful recovery.

“You have to talk about it," Miller says, "because the reality is, people are dying every day. And unfortunately, we have lost some past patients.”

Jodi Branson is a certified medical assistant at the Whiteside County Clinic and works closely to help MAT patients. She says not all of their clients come from the streets. Sometimes, Branson says, they come from the other side of the clinic. 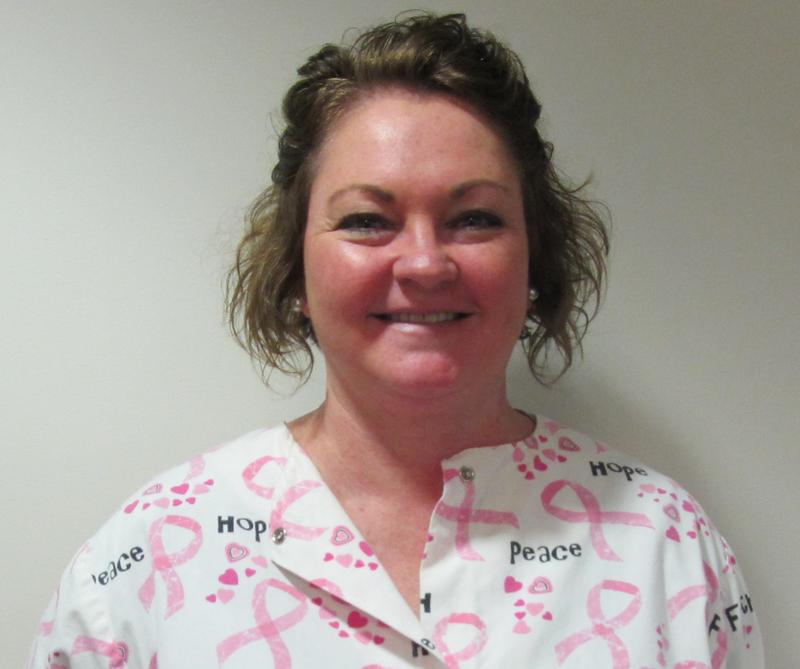 "We've had dentists refer patients to us because they've seen a red flag with that patient wanting pain meds," Branson said. "They may even cry to them and say, 'I've been on heroin.'"

She says the clinic works to help those who don't have the finances to pay for treatment.

“There are resources to help those patients who either have high co-pays, or either don’t have insurance, through drug-reps, which has helped out a lot," Branson said. "So, we don’t have to turn people away with the medication.”

For example, she says, drug representatives bring in free samples of Vivitrol. Otherwise, Branson says it would otherwise cost $1,500 a month out-of-pocket.

Beth Fiorini handles a lot of the paperwork and budgeting. She’s CEO of the clinic and public health administrator for the county health department.

Fiorini says she can envision an end to the opioid epidemic -- in time. She says prescribers restricting how many painkillers they give out is a huge step forward. 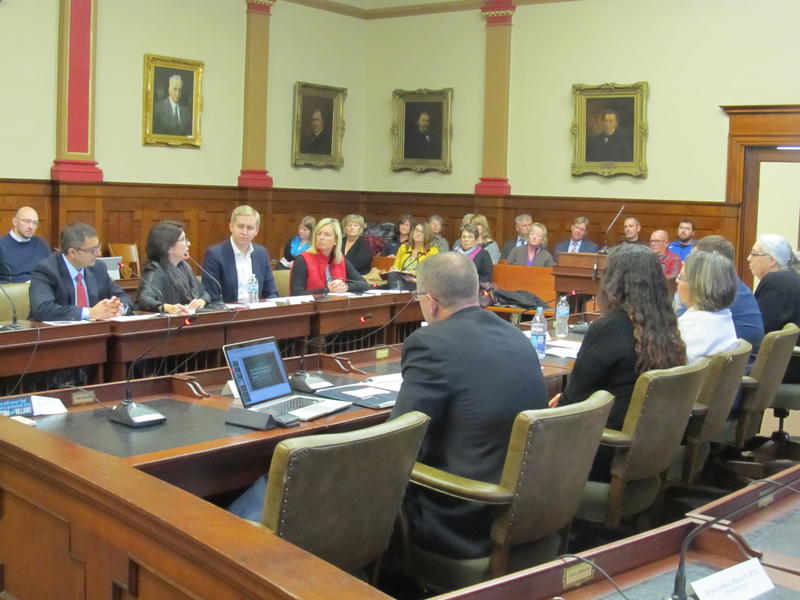 "I think now if we can stop doing that," Fiorini said. "Like now, if you have surgery, I think they only give you so many days. Or if you have a tooth out, we don't give people more than 10 Norcos now or Tylenol number 3's."

She says she hopes to see the MAT program expand. Fiorini says she plans to keep it out-patient.

“Link up," she said. "Reach out to your hospitals and local clinics and say, ‘Hey. Would you guys be willing to do this for our community and get them trained?’”