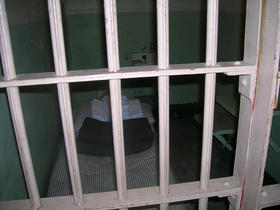 DNA evidence remains a powerful tool to convict, but also to exonerate.

The Illinois Innocence Project based at the University of Illinois Springfield has received similar grants before.  And the money has been used to work on cases where a person's guilt was in question.  That work led to a pair of inmates being released this past year.  The exonerees combined spent 50 years behind bars.

On the UIS campus, U.S. Senator Dick Durbin announced another grant totaling $753,958 will go to the project. A focus will be on cases where an individual pleaded guilty.  Last year, the Illinois Innocence Project assisted in the passage of a law, which for the first time in Illinois allows those convicted by a guilty plea to go to court to get evidence tested that might exonerate them because they are innocent.

"At first, that may seem counter-intuitive," said John Hanlon, the executive director. "But 95% of criminal convictions in this country are by guilty plea.  Not everyone who pleads guilty is guilty, by a long shot."

Special attention will also be given to cases involving Latinos.  Hanlon estimates about 14% of incarcerated Latinos faced barriers involving language and citizenship.

More undergraduate students will be hired to screen cases.

The award is for a United States Department of Justice Bloodsworth Grant, named in honor of Kirk Bloodsworth, the first DNA death penalty exoneration case in the U.S. in 1993.

“This new federal grant not only meets a critical need in the state of Illinois, but provides important opportunities for our students,” said UIS Chancellor Susan J. Koch.

The Illinois Innocence Project is part of the university's Center for State Policy and Leadership. It has helped exonerate a total of 8 people.