Addressing Gambling Addiction In The Face Of New State Casinos

The State of Illinois has several resources to assist problem gamblers. The first is directly paying for treatment through gambling tax revenue and the lottery. The current budget is $6.8 million, an increase of more than 7 times what was offered in previous years. Individual sections of state government, such as the Substance Use Prevention and Recovery Division within Human Services, doles out the funding and works on ways to get people connected with care. Assistant Secretary of Programs Kia Coleman explains.

“Ensure that services are accessible by a variety of demographics within a population at a variety of touchpoints. That’s the best to ensure that you can reach a broad number of people," she said.

Gambling disorder is a condition where someone feels a fundamental need to play games of chance and constantly place wagers. The American Psychiatric Association previously viewed it as an impulse control disorder, such as pyromania or compulsive theft.  But in the most recent edition of their Diagnostic and Statistical Manual of Mental Disorders, it was re-classified as a behavioral addiction. The new definition means it shares similarities to substance abuse. Marissa Dini is an Addiction Treatment Services Manager for Northwestern Medicine. She says it’s not exactly like taking drugs.

Compulsive gambling can also remain a hidden diagnosis, since it lacks the outward signs of alcoholism, smoking, or drug use. Cheryl Hollembeak is a Gambling and Substance Abuse Counselor at Remedies, an addiction counseling provider based in Belvidere. She says the hidden nature of compulsive gambling means providers need to specifically screen for it.

Compulsive gamblers often come into treatment from a court-order, or through encouragement from their families. From there, Dini says it’s a matter of the patients accepting they have a problem, and being open to treatment.

“Are you willing to do some family therapy? Are you willing to work with a case manager on how to budget your money?" she asked.  "What are some things you can do so that one, you do have some control in your treatment and treatment options, and two, so that you feel like you are able to make some choices and not lose everything in this process?”

In group therapy environments like Remedies, the goal is to completely abstain from gambling. Also, like certain 12-step programs, those in treatment support each other during their recovery. Hollembeak says much of the therapy emphasizes avoidance. But easy access to gambling, such as the lottery and video gaming terminals, means providers like Remedies must also focus on how patients respond once they are out of treatment.

“We teach them what happens to their brain when they’re exposed to a trigger, and that seems to speak to a lot of people, and they can recognize the importance of not dealing with a trigger directly," she said.

Coleman of Human Services says there are also self-exclusion lists.

"Those self-exclusion programs provide a way for people to voluntarily ban themselves from casinos as a way to deal with the gambling disorder,” she said.

In February of last year, the Illinois Gaming Board also established a problem gambling registry for video gaming, so that those who feel vulnerable to misuse could receive information on different treatment services.

But these programs and providers work best when groups like IDHS have up-to-date information on the problem throughout the state. State Senator Steve Stadelman believes this data hasn’t been collected for around three decades. That’s why IDHS plans to conduct a statewide “needs assessment” this year. Coleman describes the focus.

“What the scope of gambling disorders is statewide, what services we have in order to address that, who the people are that are struggling with the disorder,” she said.

IDHS is working up extensive surveys to find out who is making use of problem gambling services, which types are most helpful, and what geographical areas are most in need. Coleman says once IDHS has the data, it can better spread these services across the state.  A similar study in California took two years to complete, but Coleman doesn’t expect the Illinois version to require that much time.

In the meantime, Hollembeak of Remedies says the opening of new state casinos will provide more triggers for existing problem gamblers. She hopes enhanced screening tools mean healthcare providers can get people into treatment sooner. 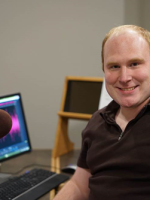