U of I Professor Calls Modern Islamophobia "Truly Terrifying" 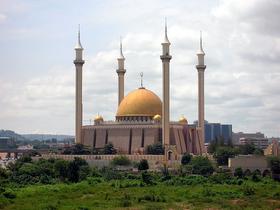 Dr. Valerie Hoffman has taught about Islam and the Muslim faith for three decades. She teaches religion at the University of Illinois in Champaign-Urbana and has lived in the Middle East.

Hoffman says much of the current attitude toward Muslims in our country in the wake of terrorist activity is "truly terrifying" - especially in regards to political rhetoric put out by presidential candidates like Donald Trump. "I find the actual stoking of fear of a minority group in our society to be frightening, it's a very bad development for our society - that's for sure," says Hoffman.

"Almost all Muslims are good citizens and they are good people with very conservative values - they actually have a lot in common with conservative Christians when it comes to their values," says Hoffman. She points out that Jesus Christ is an important part of Muslim tradition, and jihadists and other extremists are not representing the same faith most Muslims adhere to. She does not downplay the threat of extremists however. "This is not to deny the presence of extremism on the global scene ... I understand the fear people have. But it is misdirected."

Hoffman joined us for this interview about the Muslim faith:

Listen
Listening...
/
Listen to the interview