Prison Chief: 'We Are The Mental Health System' 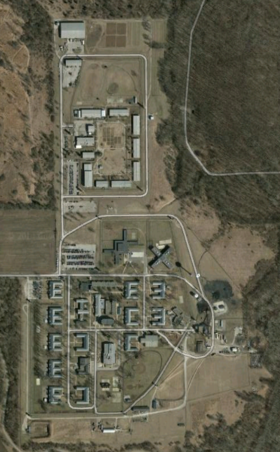 A federal judge has approved the settlement in a lawsuit over the treatment of Illinois’ mentally ill prisoners.

The case, Rasho v. Baldwin, has been pending since 2007. One of the plaintiffs lawyers says Illinois ranked near the bottom of states for its treatment of prisoners with mental illness.

“Our so-called treatment generally consisted of what I term 'medicating and isolating,'" says Alan Mills, with the Uptown People’s Law Center in Chicago. "That is, we would hand out medications — if you were lucky enough to get the right psychiatrist — and if you were not able to control your mental illness with whatever medication they gave you, you would be put into solitary. And so there were a lot of seriously mentally ill people in solitary for what were really symptoms of their mental illness."

Mills has seen a parade of directors of the Illinois Department of Corrections come and go while the case has been pending. And one of the reasons he says they were finally able to close the deal is the man who’s in the job now.

“We believe Director Baldwin is completely behind this and is acting in good faith and is going to move heaven and earth to actually make this a better system,” Mills says.

It's worth noting that a lot of what's in the settlement will require new spending by the state — for both construction projects and hiring new mental health staff and guards. Money in state government is in short supply these days, so if there's no overall budget passed, there may not be money appropriated for these things, either. The judge has given Illinois until later this year to get going.

We spoke with Baldwin this week in his office at DOC headquarters in Springfield.

On what it's like to be an inmate with mental illness

The offender with mental illness should expect quality care, timely and effectively.

If you’re an offender, you should expect to have positive experiences. Now that said, there are some who choose otherwise. But it’s our job to make sure that we go down that path as far as the offender will allow us to.

On DOC becoming a mental hospital

Whether we wanted to become the state’s mental health system or not, we are. Not for the easy person to deal with. We are the mental health system for those who have problems coping in a way that gets them arrested, sentenced and sent to us. And we are changing how we deal with that, and I think it’s going to result in better outcomes for staff and offenders, that’ll translate not only into safer institutions, but when the offender returns to the street, there’ll be safer outcomes there.

On the new facility dedicated to mental health in Joliet

We’re going to be increasing the out-of-cell time, both from a treatment perspective, and from a unstructured time — for example, the offender might go to the yard more often. And the Rasho settlement calls for year-by-year increases, and we are prepared to implement that. And so we are in a process of looking at how we’re going to do that, and we will be doing that.

As part of our own initiative, we are looking at how long people stay in segregation, how they get there, what we’re doing with them while they’re there, and how they get out. That’s all part of our administrative directive re-write that is almost finished.