MSU Board of Regents Approves Tuition Increase; Davies Getting Extension Through 2020 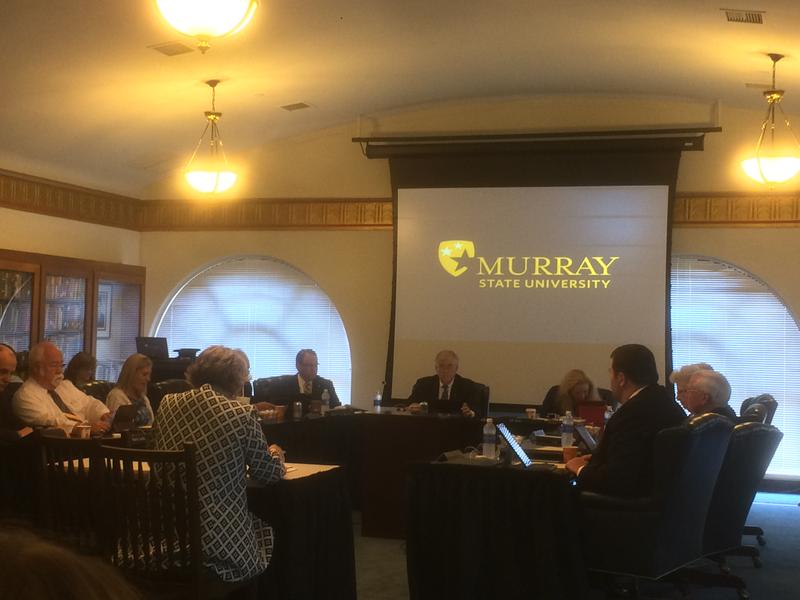 In a specially-called meeting, the Murray State University Board of Regents on Friday approved a 4.5 percent tuition and mandatory fee increase, in reaction state funding cuts.

The tuition model should generate an extra $3 million a year, but will charge students taking more than 15 hours a semester based on their residency. The action taken also eliminates a 130 percent premium for web classes and instead establishes a web course fee of up to $65 per hour. MSU president Bob Davies says this model will impact fewer students than another proposal which would have hiked tuition 5 percent, but kept an 18-hour tuition cap.

“As we ask students to pay more on tuition, we are also making the budget reductions and doing the things that we need to do to be responsible, to keep tuition costs as low as possible and to continue to provide high quality service, programs and academic quality," Davies said.

Davies gave the board a picture of what those reductions will look like in next month's recommended budget. Twelve occupied staff positions will be eliminated, while 30 vacant positions will go unfilled. Those 42 positions represent more than $2 million of a total of $6.1 million in budget cuts.

"We will work diligently with those individuals to provide them opportunities to find employment here at Murray State," Davies said. "This will include, for example, giving them the opportunity to interview for any open position that they are qualified [for] before the internal search process."

At the same time, the budget will include across-the-board wage increases.

"This is not based on a potential minimum wage law increase," Davies said. "It's the moral and ethical thing to do because we do have employees here that are living below the poverty line and its our fiduciary responsibility, our ethical and moral responsibility, to have a fair wage for those individuals."

The board also approved negotiations with Davies for a two-year contract extension that will keep him in Murray through 2020. Davies said he sees the extension as a vote of confidence in “turbulent times” for the university.

The budget will be unveiled at the board’s next regular meeting on Friday, June 10. The Kentucky Council on Postsecondary Education will have to approve the tuition increase at its meeting a week earlier on June 3.