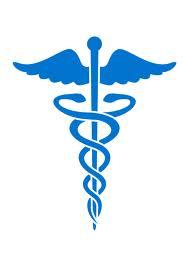 Local health departments are responsible for everything from restaurant inspections, regulating private sewage systems and water wells and investigating disease outbreaks -- all services that are threatened, as they await for state money to come through.

Illinois' budget impasse has affected all public health departments, but some more than others. At least sixteen of Illinois' 97 public health departments have laid off employees or cut back service hours, and more are expected unless the state comes through with funding. In Cumberland County, staff have taken on janitorial duties. The department serving East St. Louis has closed its school-based clinic. And in the Southern Seven Health Department, which covers the state's seven southernmost counties, satellite clinics are only open one day a week.

It comes as flu season approaches, after regional outbreaks of Legionnaire's Disease (in Quincy) and the mumps (at the University of Illinois Urbana Champaign) and after the state announced that it will no longer pay for testing STD specimens, meaning the local departments have to take on an additional cost.

"What is happening to local health departments is a perfect storm. It feels a little bit ... we've been brought to the edge of something with five years of cuts, and then been frozen out of the budget for three months, and then you know, unfortunately the timing on the STD happens," president of the Illinois Association of Public Health Administrators Miriam Link-Mullison said.

She says the fiscal situation is increasingly difficult to navigate.

"It is with increasing sense of desperation that we are trying to get this bill passed," she said of new legislation that would release $17 million in state grants to public health departments.

But so far, save for court-ordered spending and money for schools, nearly all other state funding has been trapped in partisan gridlock. The governor and his fellow Republicans have been critical of what they call "piecemeal" funding measures when the state has no agreed plan to pay for them.

A dispute over issues like workers' compensation and legislative term limits has held up funding talks since July.

The Illinois budget impasse is contributing to layoffs at the Franklin-Williamson Bi-County Health Department.

Administrator Robin Koehl says they laid off eight staff members on Thursday. That's on top of four others laid off back in March.