Just who can use what bathroom has garnered headlines across the country. Illinois senators are calling for a ban on unnecessary government travel to two states with bathroom laws targeting transgender individuals. 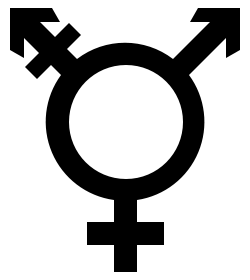 It urges North Carolina and Mississippi to repeal laws that requires people to use the bathroom of their biological gender, rather than their chosen gender. It also urges Governor Bruce Rauner to restrict travel to those states.

Michael Ziri, with Equality Illinois, said any claim that such laws protect people from sexual predators is not true.

Glen Ellyn resident Lisa Ridinger disputes that claim, although she says it has more to do with men pretending to be transgender to enter women's bathrooms. She said the resolution disrespects women, who will have to bear the burden of a biological male invading women's restrooms. There is evidence, she said, that men have entered restrooms to sexually assault women and children.

"I'm not a fear monger. Saying that I am doesn't dismiss the truth," she said.

But Senator Melinda Bush, D-Grayslake, said that as a sexual abuse survivor, she believes such concerns are misplaced. She said the state should stand up against prejudice.