Harvest season isn’t far away for corn and soybean farmers, whose crops are worth less now than when they planted in the spring due to the United States’ trade war.

“We don't know what to think from one day to the next. It's hard to plan,” said Duane Hund, a farmer in Kansas’ Flint Hills.

“If we start losing some of our exports to other countries it'll do what happened back in the 1980 grain embargo that happened when (President) Jimmy Carter was president,” he said.

Carter wanted to punish the Soviet Union for invading Afghanistan, so in January 1980, he slashed exports of U.S. wheat and corn. Prices tumbled. 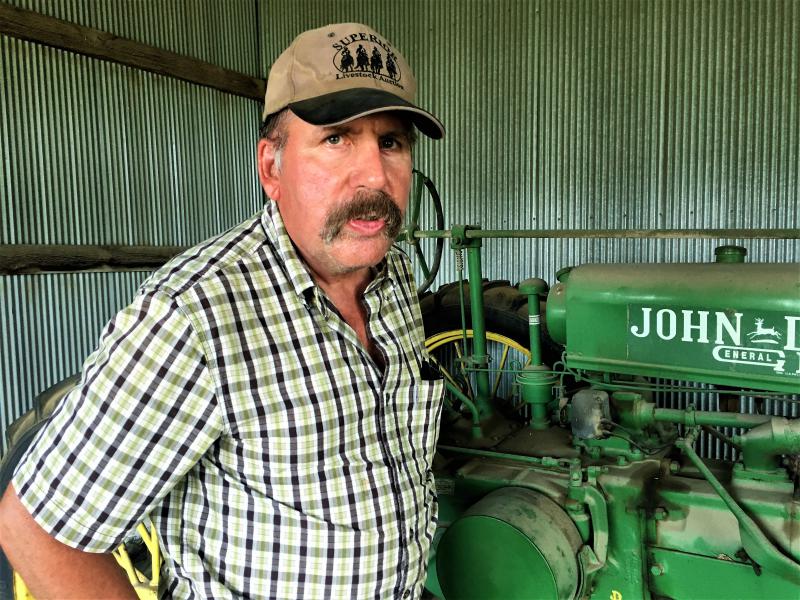 “Prices on the (Chicago) Board of Trade for grains went down the limit for several days,” Hund said. “We were all just stunned by it and didn't know what to do.”

Carter authorized the Commodities Credit Corporation to step and buy up wheat and corn, which stabilized prices, but also dampened upward price pressure because, as Hund observed, traders knew that grain wouldn’t stay off the market indefinitely.

Other countries, like Argentina and Brazil and later Canada and Australia, stepped into to sell grain to the Soviets. Hund and others still believe the embargo contributed to the 1980s farm downturn, which was the worst ag crisis since the Great Depression.

The crisis pushed Marshal Ulrich from the business. He sold most of his farm equipment in 1985 and worked as a grade school custodian in Kansas for 25 years after that.

“I hated to give it up. It was a dream, you know, to make farming my career, but it just didn't work out that way,” he said.

The implications of losing export markets again are back on farmers’ minds, including Paul Penner, past president of the National Association of Wheat Growers.

“Once this trade war ends, how do you regain trust? … How do you rebuild the agreements that were thrown away? That’s the difficult issue,” Penner said.

Many farmers voted for, and still support, Trump for his opposition to environmental regulations and signing tax cuts he signed. Pork producers have embraced Trump’s plan to use the CCC to spend up to $12 billion on farmers hurt by the current trade wars with China, Mexico and Canada.

Penner said he sees several problems with Trump’s plan: It’s unclear how all that money will be distributed and it’s not likely to make up for all the losses.

“The impacts here are not short-term,” he said. “They very likely will be long term, and there's probably things that may come out of this that we don't even know and can't think through right now. And that's what bothers me.”

The Soviet grain embargo offers some political lessons too. Hund, Ulrich and Penner voted for Jimmy Carter (a fellow farmer) the first time. Four years later, they all voted against him.

Frank Morris is an NPR correspondent and senior editor based at KCUR in Kansas City, Missouri.  Follow him on Twitter: @frank newsman.