The 2021 Flu Season Could Start Earlier Than Expected

Flu season is coming, and some public health officials say it could start earlier than expected.

The Southern 7 Health Department says flu cases dropped last winter, because COVID mitigations are also effective against the flu virus. But fewer people being exposed to the flu has consequences for this year, said Outreach Coordinator Shawnna Rhine

"The concern we have going into this season is that because people did not have that built up immunity like they usually carry from year to year, you might see an earlier flu season this year and maybe one that's a little more severe, so that's what we're monitoring right now," she said.

The best thing people can do to protect themselves is to get the flu shot, Rhine said. The department is on track to start offering the shots at the end of September, and the best time to get vaccinated is between then and the end of November. 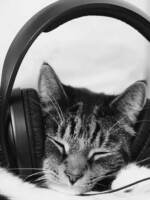