As people undergo surgeries delayed by the pandemic and outdoor activities pick up, the need for blood donations is greater than ever.

Blood donations dropped over the past year, said Southern Illinois Healthcare surgeon Lyman Hale. He said that's been a challenge for surgeons.

"There have been times when the shortages have been so severe that we've had to change the transfusion recommendation, to what level of blood we'll transfuse patients, and as surgeon, that's difficult," he said. "Because when we have sick patients that need blood, we want to get that blood in them."

Lyman said the need for blood is especially critical with emergency surgeries.

"I deal with patients coming in acutely bleeding, whether it's from a traumatic event or some kind of medical pathology going on that's caused them to bleed, like an ulcer, or things like that. So for emergency general surgery, it's a big deal because I can stop your bleeding once you get to the hospital but I can't do anything for the blood that's lost before the patient comes to the hospital," Lyman said.

Anyone who would like to donate blood can visit the Red Cross website at redcrossblood.org to find local blood drives. 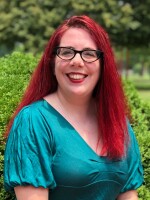