Sunday marks the 88th presentation of the Academy Awards.   In honor of this year's Oscars, SIU Reviews takes a closer look at some of the nominated films.

The Oscar nominated drama  Room stars actress Brie Larson in the title role as a woman who has been held captive for seven years in a small space along with her 5-year old son.

Film critic Simone Becque takes a closer look at the film that's based on Emma Donoghue's novel of the same name.  Room is nominated for Best Picture and Best Actress.

The Oscar nominated stop-motion animated film  Anomalisa  tells the story of a lonely self-help author who perceives everyone as identical until an encounter at a hotel.

The Oscar nominated bio-pic  Joy  is based on the life of Joy Mangano - a self-made business woman and inventor of the Miracle Mop.

The Oscar nominated film Carol is a British romantic drama set in New York in 1952 that tells the story of an aspiring young photographer and her relationship with an older woman going through a difficult divorce.

Walter Metz
Walter Metz is a Professor of Film Studies in the Department of Cinema and Photography at Southern Illinois University Carbondale. He teaches film, television, theater and photography history, theory and criticism.
See stories by Walter Metz 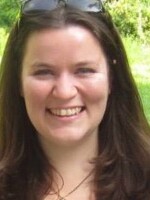 Simone Becque
Simone Becque is a doctoral candidate in the College of Mass Communication and Media Arts at Southern Illinois University Carbondale. She is currently working on a dissertation about architectural space and the American television sitcom. She is a regular contributor to SIU Reviews.
See stories by Simone Becque