The 2011 Iranian drama A Separation tells the story of a middle class couple who separate while struggling with the care of an elderly father.

A Separation is currently out on DVD.  Liz Faber is a Doctoral Candidate at Southern Illinois University with an emphasis in psychoanalytic film theory. 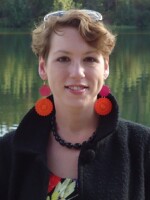 Liz Faber
Liz Faber is a doctoral candidate in the College of Mass Communication and Media Arts at Southern Illinois University-Carbondale. Her movie critiques are a featured segment of SIU Reivews on WSIU Public Radio.
See stories by Liz Faber
Related Stories