Congressman Adam Schiff, chair of the House Intelligence Committee, member of the House Select Committee to Investigate the January 6th Attack on the United States Capitol, and lead impeachment manager for the first Trump impeachment trial, talks about how the Intelligence Committee oversees the work of the United States' intelligence agencies, including the CIA and NSA, and the role U.S. intelligence agencies play in our nation's response to Russia's invasion of Ukraine. He also discusses the future of the Select Committee on January 6th and the legislative reforms that are under consideration as a result of the 2020 election and the insurrection that followed.

Hosted by John Shaw. Produced and edited by Alee Quick. This podcast is produced through a parternship between the Paul Simon Public Policy Institute and WSIU Public Radio. For more, visit paulsimoninstitute.org/podcasts. 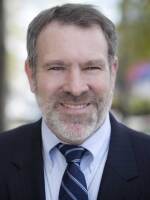